Lately my dad told some friends that our dog Felix is the star on my German Photo Blog.
I am pretty sure that that is the case but just because he is a really nice model. On the other hand he is volatile as every animal. That is why I sometimes get pictures like this. 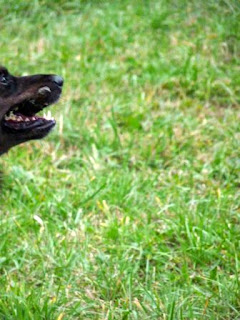 But now I want to introduce you to the one and only Felix! He is a very special edition of an Australian Shepherd. We released him from a shelter when he was just eight weeks old. That is why we don't have any idea what kind of breed he is. He looks a lot like an Australian Shepherd and he behaves like one as well but we are sure that there is some other breed in him as well. 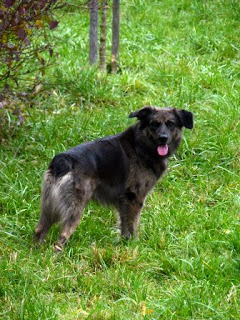 He is now almost two and a half years old and he is the best dog ever. He needs lot of attention and loves to play, especially during his walks in the woods. Entertaining him is easy because as long as you throw sticks in different directions he is the happiest dog!