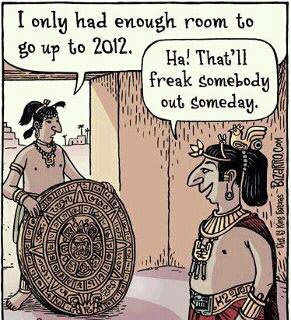 I wish you a wonderful New Year's Eve!

Email ThisBlogThis!Share to TwitterShare to FacebookShare to Pinterest
Labels: ... on New Year's Eve 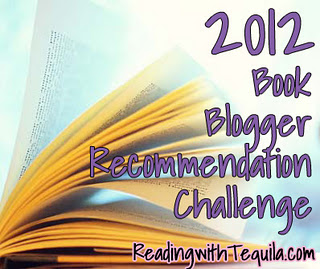 I found a wonderful challenge at Reading with Tequila which is called
2012 Book Blogger Recommendation Challenge.

Here are the rules given by Jennifer.
I will definitely join this challenge because it gets me to read books I would not read without it. I would really love to read Jane Eyre by Charlotte Bronte or The Name of the Rose by Umberto Eco. At least with Jane Eyre I am sure that I should read it as an English student. Fortunately one of the rules states that I do not have to make a list of books I will read prior to entering the challenge. So I can change my book choices throughout the year.

I will enter this challenge at Level II, which means I have to read at least 10 books from this list next year. Hopefully I will be able to read more that 10 but I would love to succeed in this challenge so I chose this low level to begin with.

This year I posted a “Books I read in 2011” list and I will do the same in 2012. When I finish a book that is on the 2011 Book Blogger Recommendation List I will clearly mark it for you to see.

I am so looking forward to this challenge and to the books I will discover through it next year.
Posted by Karin at 8:00 AM No comments:

Email ThisBlogThis!Share to TwitterShare to FacebookShare to Pinterest
Labels: ... in books, Challenge

I found this meme at a German blog called BuchSaiten and I really liked it. It wraps up the year in books. So I took it with me, translated it to English and answered it for you which was so much fun. I thought about all the books I read this year and I discovered that I read so many good books in 2011 and that I associate many good memories with these novels now, like my trip to Australia, a wonderful time in London in August, many weekends spent in bed because the book was to good to put it away, etc.

So here are my answers:

Which book that you read this year surprised you even though you haven’t found it promising in the beginning?
I started Jasper Fforde’s “The Eyre Affair” two years ago in German and I stopped reading it after about a chapter and a half. It just didn’t fit my mood and I found it really weird. This year I found this novel in Australia and it had a gorgeous cover. I needed to have it even though I had it at home on a German version. I started reading it again after the holidays and I loved it. This time I was ready for Fforde’s crazy style of writing and this strange world Thursday Next was living in. I really loved it and bought the follow up novel but I haven’t read it until now because I need to be in the right mood for this books and I also think that I will only be capable of reading one crazy novel per year.
A series that I loved as well was Gail Carriger’s “The Parasol Protectorate” series featuring Soulless, Changeless, Blameless, Heartless and Timeless (which will be released in March 2012). These novels tell the story of Alexia Tarabotti, a 26 year old spinster, living in Victorian England and unfortunately she has no soul which means she is unaffected by the supernatural (werewolves and vampires) and can turn them into humans by her touch, which proves really helpful sometimes. This series is a wonderful paranormal read and really worth it.

Which book that you read this year disappointed you even though you found it promising in the beginning?
I was really disappointed by Audrey Niffenegger’s The Time Travellers Wife. I never saw the film and I read this book this year. Everyone was so in love with this book and there was a small hype going on but I was really disappointed by this novel. I had high hopes and I love time traveller stories but not this one. I thought that Henry, even though he can’t control his time jumps, left before every decision or important event in Claire’s life. I also found it unfair to tell a small girl that one day she will be married to you. He totally prevented her from gathering her own experiences because she always waited for him. Even in the end she waited for him. He died when Claire was around 30 and reappeared when she was 80 and I don’t think that she remarried or lived with a man after Henry’s death. I thought that he betrayed her from living her life.

Which author did you discover this year that you liked a lot?
I would love to say that I discovered Ali McNamara this year but unfortunately I discovered her in 2010 and loved her books.
In 2011 I discovered my love to English YA-novels and so I have to say I discovered Stepahnie Perkins, Maureen Johnson and Claire LaZebnik. I will definitely follow them through their novels in 2012 too.

A cover that really got me and I still don’t know why was Eleanor Brown’s cover for her novel “The Weird Sisters”.

I also loved the cover of David Nicholls “One Day” because I loved the idea of having an orange and white cover and when you look more closely you can see that the orange forms the heads of Emma and Dexter.

Which book do you need to read in 2012 and why?
I need to read Maggie Stiefvater’s “The Wolves of Mercy Falls” series and I will definitely finish Kerstin Gier’s Gemstone trilogy in 2012. I just love Kerstin’s novels; not just her YA-novels but her adult books as well. She is a great writer.
Posted by Karin at 8:00 PM No comments: