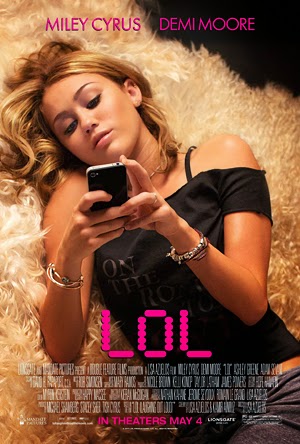 For all those of you who are thinking if I didn't already write a review about this movie, I have to say "You are kind of right". I posted a movie review of the 2008 original French version of this movie last week.

In 2008 Lisa Azuelos produced a French movie called LOL and in 2012 she took the same script and produced LOL again for the English speaking or international market. The fun thing is that after watching both movie, I have to say that even though the script is the same, I found some differences in the two versions.

The dialogs between the characters were exactly the same and the actions too, which felt a bit surreal. I know that Lisa Azuelos wasn't releasing two pretty identical movies, hoping people would watch them a week apart but I did and found it weird that other actors had the exact same lines in two - let's call them different - movies.

What really amazed me was that the French version is only a minute longer than the US version but felt a lot slower. I was under the impression that the 2008 movie was at least 30 minutes longer and was really flabbergasted when I found out that it wasn't. The 2012 movie felt a lot faster paced, lighter and fluffy. I still cannot pinpoint why exactly which is bothering me quite a bit.

Demi Moore and Sophie Marceau who are both playing the mother in the movies are really good actresses and I only preferred Sophie Marceau because I liked the French version better. I was super hesitant if I would like Miley Cyrus as Lola because to be honest, I don't like her as a singer but I never saw her act before. She was suprisingly good.

All in all the actors in the 2012 movie version looked a lot like the ones in the 2008 film, especially the girls. The guys had the same vibe as the French actors but didn't look too much like their French counterparts which I personally enjoyed since the only guys I found good looking in the French version were Lola's dad and the police officer (who was hot in the US version too). The teenage boys were a lot more attractive in the international movie.

What still baffles me is that I enjoyed the French version more but that I cannot really tell you why. I found that the struggles of Lola growing up and her mum letting go were more real and the betrayal of Anne felt a lot more severe.

In the end I can highly recommend both versions of LOL (Laughing Out Loud).

I was really impressed by a French film 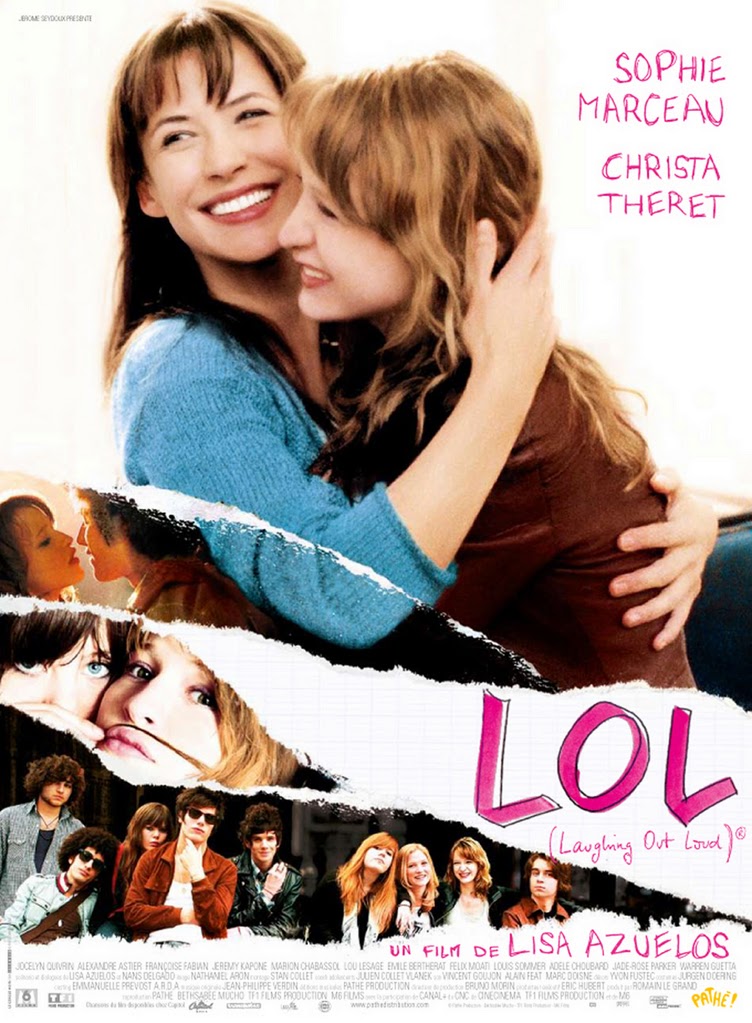 What the movie is about:
LOL? It means "laughing out loud" in text language. It is also the name that Lola's friends have given her. However, when it is time to go back to school after summer break, Lola doesn't feel much like laughing. Arthur, her boyfriend, provokes her by telling her that he cheated on her over the summer. And her gang of pals is very gifted at complicating matters. Just like her mother, Anne, with whom life has become impossible, and not only because she has no idea what LOL means. That her parents have divorced is one thing, but that Anne treats her teenage daughter like a child, by lying to her about basic things - like the fact that she is still seeing her ex-partner on the sly, or that a cop is interested in her - is another. As for Anne, she wonders what on earth has happened to her sweet little daughter. From fusion to confusion, mother-daughter relationships simmer with love and plenty of LOL.

My thoughts:
I am not very easily impressed by movies. Don't get me wrong, if I go to the movies to watch a film there I am usuallypretty quiet after it ended and am trying to form an opinion. I can remember times when I agreed to going out for a drink after a movie and having no recollection of agreeing because I was so deep in thought but usually a film only stays with me for a couple of hours.


This one was different!

French films are not uncommon in Austria and we get them regularly in cinemas and on TV. There is a whole fan base for French films and many people gush about the beauty and the hidden meaning in them. I never got that. For me, French films were slow and often boring (please don't hate me). I often either left the living room or switched off the TV because they didn't interest me at all.

LOL was produced in 2008 by Lisa Azuelos and she also produced the American version of this movie by the same name in 2012. Sophie Marceau stars as the divorced mother of three kids, one of which is Lola a teenage daughter who is desperately trying to find her way in life, makes her first encounters with boys, drugs and alcohol and cannot really deal with the feelings she is having for a good friend who's also her ex-boyfriend's best friend. Lola cannot confide in her mom, even though the two are really close but even Anne is struggling to cope with life after the divorce and with raising a rebelling teen.

LOL is such a calm movie that just tells a story that's really close to the way life feels when you're a teenager and guys are the main thing in your life. It not only shows Lola's struggles with growing up and becoming an adult but also her mum's struggles with letting go of her daughter, coping with her ex-husband and starting to live her own life again.

I never ever thoght that a French film would stay with me even a week after I watched it and if I am honest, I cannot stop thinking about it. It felt so real and raw and was utterly believable.

Maybe I need to rethink my opinion about French films and start watching more...

Here's the movie trailer(French with English subtitles) if you're interested: 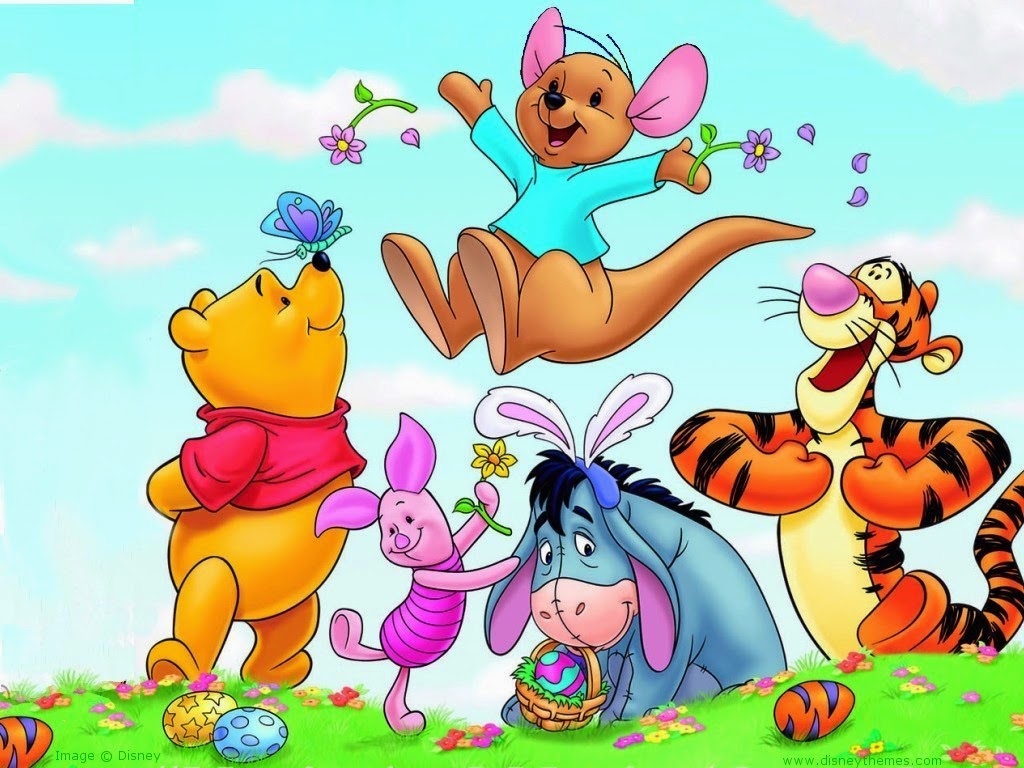 We all know by now that I am still a small child at heart and love everything Winnie Pooh, Sesame Street, Berenstain Bears and more. So it's obvious that I want to wish you all a Wonderful Easter with this Winnie Pooh Easter picture.

I hope you all have lovely days off work, spending time with your loved ones - family or books, your choice - and having way too much chocolate.
Posted by Karin at 12:23 PM No comments: