The Secret Diamond Sisters will be published by Harlequin TEEN on February 25, 2014

The three sisters grew up not knowing their father and not quite catching a break. But it looks like their luck is about to change when they find out the secret identity of their long-lost dad—a billionaire Las Vegas hotel owner who wants them to come live in a gorgeous penthouse hotel suite. Suddenly the Strip's most exclusive clubs are all-access, and with an unlimited credit card each, it should be easier than ever to fit right in. But in a town full of secrets and illusion, fitting in is nothing compared to finding out the truth about their past.
Add to Goodreads 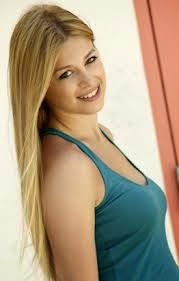 Michelle Madow wrote her first novel, Remembrance, in her junior year of college. Remembrance is the first book in the Transcend Time Saga, a three part series about reincarnation and true love that Michelle successfully self-published. The series was inspired by Taylor Swift's "Love Story" music video. Michelle's upcoming YA trilogy, The Secret Diamond Sisters, about three sisters who discover they are the secret heirs to a Las Vegas billionaire casino owner will be published by Harlequin TEEN in Spring 2014.
Michelle graduated from Rollins College in 2010, cum laude with a Bachelor of Arts in English. She is a member of the National Society of Collegiate Scholars and the International English Honor Society Sigma Tau Delta. She received the Charles Hyde Pratt Award for Excellence in Creative Writing in 2010.
She lives in Boca Raton, Florida, where she is writing more novels for young adults. She loves reading, spending time with family and friends, traveling, shopping, sunshine, Disney fairy tales, Broadway musicals, and spends way too much time on Facebook and Twitter.


If you are living in the USA you might be interested in the book release party on March 1, 2014 at Books & Books in Coral Gables, FL. Click here to RSVP!

To celebrate the cover reveal of The Secret Diamond Sisters Michelle is hosting a Giveaway for an ARC of the novel. To enter fill out the Rafflecopter below:
a Rafflecopter giveaway
Posted by Karin at 10:00 AM

Email ThisBlogThis!Share to TwitterShare to FacebookShare to Pinterest
Labels: ... in books, cover reveal