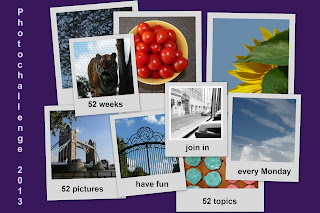 
Mouse
and I knew exactly which picture I wanted to post.
It took me some time to locate it though and that's why it is a bit late. 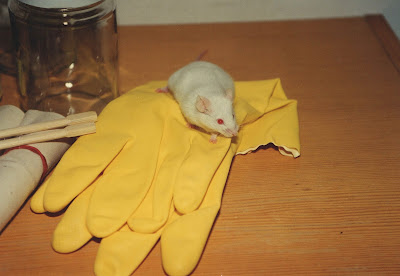 This is Jacob!
He was my little pet mouse when I was 16 or 17. Two school colleagues bought him and wanted to share him - crazy, I know - but their parents did not allow it so they had to give him away after a day. I remember how outraged I was at the idea of sharing a pet and I was sure that I won't help them but after they told me that they either find another home for him or have to take him back to the pet shop, I caved. Jacob was the most adorable mouse. You could take him out of his cage and he behaved so well and when I turned off my lights he started running in his little wheel for hours and hours (thanks for that). Mice usually live between 1 and 2 years and he lived over 2 years and just was the cutest.
Posted by Karin at 11:30 AM

Email ThisBlogThis!Share to TwitterShare to FacebookShare to Pinterest
Labels: ... in pictures, pet, Photochallenge