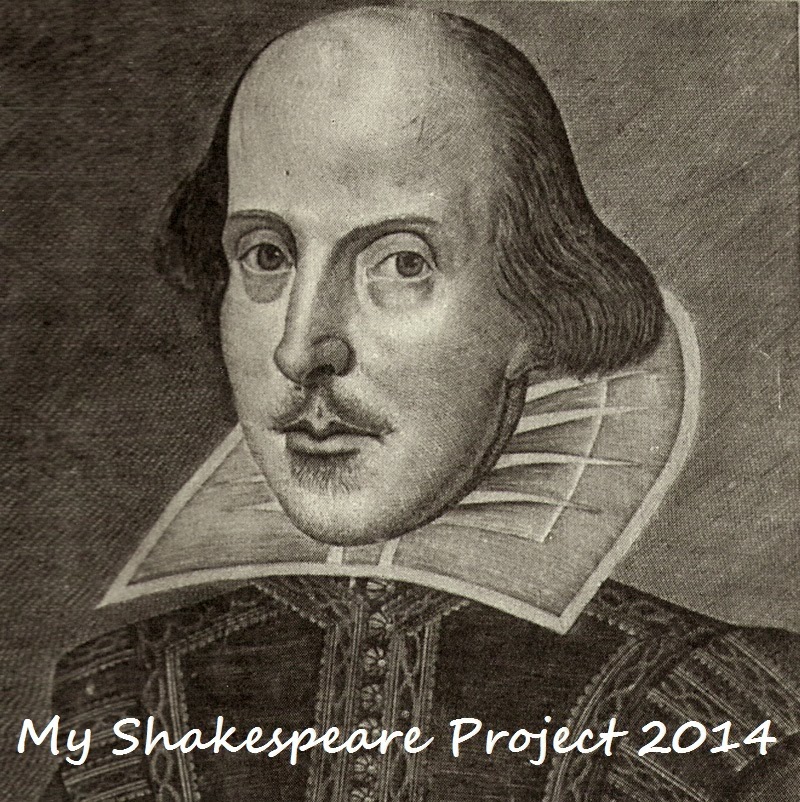 Yesterday Sanne from the YouTube channel Books and Quills posted a video talking about William Shakespeare. Rosianna ,friend and Shakespeare enthusiast, recommends 10 of the Bard's plays to her since Sanne decided to read 10 of his plays in 2014.


I am studying English and Geography at university and want to becomen a teacher but that means that I have a lot of courses on English and American literature and I became a huge lover of Shakespeare, his mysterious life and his works. After one lecture about Elizabethan times my mum and I visited The Globe in London and this really started my obsession with everything Shakespeare - yes, I even have a Shakespeare Action Figure.
For many years now each summer when I visit London I go to the Globe to watch one of his plays and am enthralled in the story but I gave up reading his plays or books about him over the years without me really noticing.

But Sanne and Rosianna's video rekindled the spark in me and I decided that I want to start again. My plan is to read at least one of his works each month and since it is already February I need to read two this month. I am not sure which ones I will pick but here is the selection I have:

Comedies
Histories Tragedies Here is a list of all his plays you can sort by genre, number of words, number of speeches, etc.

I will keep you posted on my progress and which works I picked and I cannot wait to start this adventure and share my experiences with you all.
Posted by Karin at 3:30 PM

Email ThisBlogThis!Share to TwitterShare to FacebookShare to Pinterest
Labels: ... in books, Shakespeare