As you will know by now:
I am a list-maker!

I also love a lot of TV series and today I want to tell you my favorite TV series I watched growing up (not my childhood favorites but from the age from ten onwards). 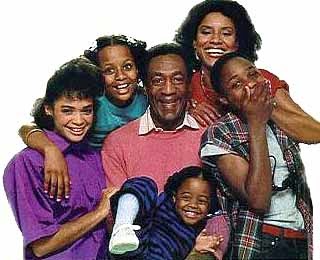 The Cosby Show (1984-992)
I was born in 1986and grew up with that show. It follows Cliff and Claire Huxtable and their five children growing up. During the series the two older girl get married and get kids while the younger ones go through puberty and boyfriends and right in the middle are the parents, eager to teach their kids how to behave properly. 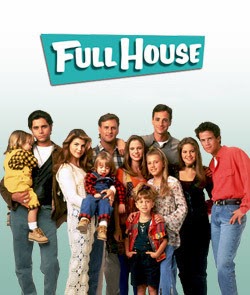 Full House (1987-1995)Full House tells the story of the young widower Danny who, after the death of his beloved wife, raises his three girl with the help of their uncle Jessy and his best friend Joey. Over the course of the series Jessy falls in love with the lovely Becky (I adored her!) and the have two lovely twin boys together. I love the characters, the actors, the storyline and John Stamos. Full House clearly was and still is part of my top three TV series of all time. 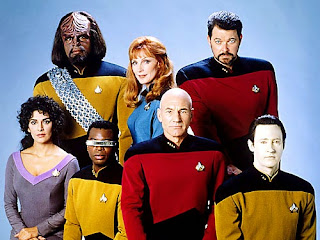 Star Trek - The Next Generation (1987-1994)My favorite memory as a child was coning home after taking the dog for a long walk, sit down with a cup of cocoa (for me) or coffee (for my mum) and watch one episode of Star Trek - The Next Gen. I was always fascinated by the ideas lying behind this series, the technology, etc. Yes, I am a Trekkie and that's perfectly fine. 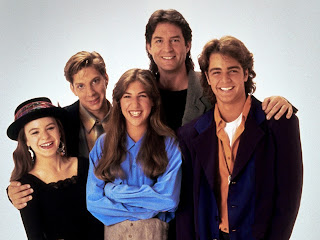 Blossom (1991-1995)Blossom was telling the story of Nick Russo raising his three kids, two boys - one an ex-alcoholic and one naive idiot (there is no better word) - and his daughter Blossom after their mum left to be a singer in Paris. 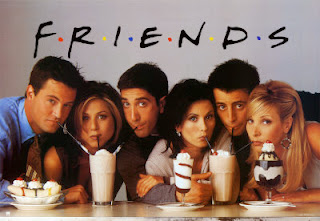 Friends (1994-2004)Who does not love Friends? Those lovely six New Yorker who are always hanging out at the Central Perk, hardly ever working (at least it seems that way) and having the time of their lifes. I love watching Friends and in 2004 when the last season aired I felt heart-broken and so sad that I went and bought all 10 seasons on DVD instantly. Every time I need a fixture I can now marathon it for hours and hours without anyone complaining. 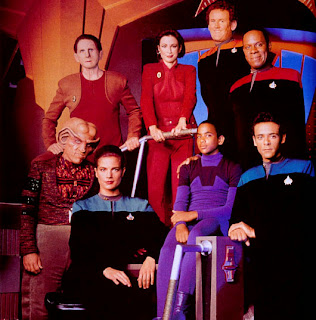 Star Trek - Deep Space Nine (1993-1999)Living on a space station - what an amazing idea! As with The Next Gen I loved watching DS9 every day during my coffee break. For me Star Trek TV series are closely linked to afternoon relaxation. 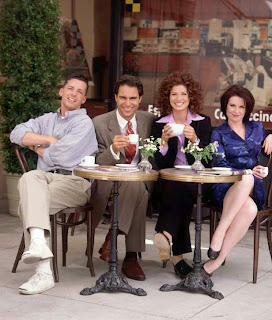 Will & Grace (1998-2006)I loved the first seasons of Will & Grace but stopped watching after the first four seasons and I think that was good. Will & Grace were always great and fun but Karen and Jake were so annyoing most of the time. 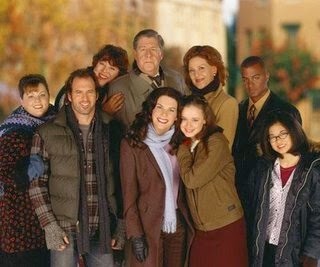 Gilmore Girls (2000-2007)
Together with Full House and Friends, Gilmore Girls build my holy triumvirate of my favorite TV series. The story of Lorelai, raising her daughter Rory without the help of her rich parent, working at an Inn and flirting with Luke, always made me laugh, cry and from time to time yelling at the TV because I was so frustrated with some of the developments. 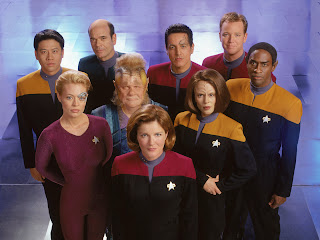 Star Trek - Voyager (1995-2001)Last but not least, Star Trek - Voyager. Catherine Janeway guiding her crew through space always looking for a way to get back home while from time to time being irritated by Q. If I would have been a bit younger when I discovered it, I would clearly wanted to be Cathy as a child when playing with my friends.
Posted by Karin at 7:00 AM