I was so inspired by Jamie (The Broke and The Bookish and The Perpetual Page-Turner) and her monthly rewinds that I decided to start doing them too. I always feel that when reading someone's rewinds I get to know this person a little better each month and that's why I want to share my January with you.


My Pic of January 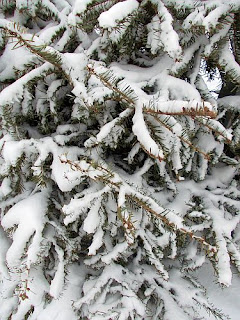 the last Christmas trees covered under a blanket of snow
January in One Word
Work
I am a student and term officially ended yesterday so not only had I exams to prepare for and papers to write I also tutor high school students in English and some of them had exams too. So I either studied or tried really hard to explain the different between Past tense and Past perfect tense or what the Boston Tea Party was about.


5 Things that Happened in January

Picture to Burn by Taylor Swift

Beauty and the Beat by Justin Bieber covered by Alex Goot, Chrissy Costanza and Kurt Schneider

We are young by the people from Glee

Things I'm Looking Forward to in February
Felix in January 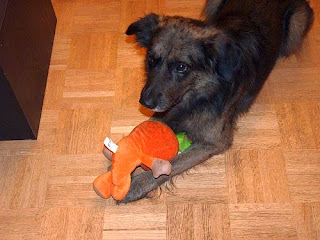 A big "Thank you" to Jamie for letting me borrow some of her categories and ideas.
You're the Best!
Posted by Karin at 11:50 PM