The author:
Robert Shields is the bestselling author of "Scarlet Fever: A Razorback House Divided" and "The Economics of Sex" and has written the weekly "From the Bench" sports column for the last 14 years. His newest novel, "Daphne and The Mysterious Girls Secret Bathroom Society" is part one of his new series. He also authored the book "Confessions of the Self Absorbed Observer: What I Saw Today." He has testified in a multitude of dockets and other legal proceedings. He graduated at the top of his economics class at the University of Arkansas and won the award as the "Most Outstanding Student in Economics."
source: Amazon 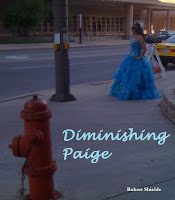 Summary:
She leaned over and kissed him on the mouth totally catching him by surprise. Her warm lips erased any symptoms of being cold on the bridge, yet she froze him in place. It was wonderful, but it was over in a flash and he thought, "I never kissed her back."
A fool knows the price of everything and the value of nothing is the romantic theme between Paige Wheeler and Storm Lancaster. The intelligent high school expellees serendipitously meet at a garage sale and end up approaching sex in an awkward text book fashion. They start viewing the relationship through the lens of economics as if sex was a commodity. As they grow closer together, Paige’s promiscuous past comes to light that haunts her, which leads to complications in their relationship. Storm’s ineptness in handling the pressures of a relationship from previously attending an all-boys school causes problems while Paige finds some amusement in his immaturity. Her sterilized view of sex creates consternation for Storm over their rapport. At their new school, they make a mutual friend in Jamal. The trio engages in pranks as their friendship with him develops. Storm’s proclivity as an adolescent male leads to poor decisions with Paige as Jamal, often the voice of reason and conscience is ignored to the detriment of the couple. Emotions spin out of control after a frolicking camping trip with Paige’s old high-school buddies and the sexual economics experiment explodes.
source: Goodreads


My opinion:
At the beginning of the year I read Robert’s first book Daphne and the Mysterious Girls Secret Bathroom Society (read my review here) and I really liked it. So when he contacted me again and asked me to review his newest book Diminishing Paige I accepted.

This book was different than the first one and that irritated me a bit at the beginning. Diminishing Paige is the story of Paige and Storm and how they manage their lives in their last semester in high school.

It took me a while to really get into this book and I cannot tell why exactly. The story starts strong and after that I had the feeling that it slowed down but after I read on I discovered that this was the intention. During the course of the book both characters change and become stronger than before and they could not do this without one another. It is the story of a strong teenage love and their struggle with it. The story includes some unexpected twists and turns that I had not expected.

The characters are well portrait and until the very last chapter I wasn’t sure what to make out of Paige but in the end I must say she is a really nice girl who loves her friends and can be so strong that we all can learn from her. Storm on the other hand really needs Paige to grow and gain more self-confidence.

Diminishing Paige is a good book portraying teenagers, their problems and love really well. I would not say that it is an entertaining read, even though it has funny intervals, but it is a book that makes you think after you finished it.

Diminishing Paige is available at Amazon in paperback and for your Kindle too.

For more information about Robert Shields visit his Blog.

Thank you to the author for sending me this book as a review copy!
Posted by Karin at 8:51 AM