Review
I’ve got your number
by Sophie Kinsella 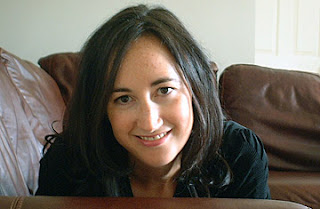 Sophie Kinsella raced into the UK bestseller lists in September 2000 with her first novel in the Shopaholic series - The Secret Dreamworld of a Shopaholic (also published as Confessions of a Shopaholic). The book’s heroine, Becky Bloomwood – a fun and feisty financial journalist who loves shopping but is hopeless with money – captured the hearts of readers worldwide and she has since featured in five further adventures in Shopaholic Abroad (also published as Shopaholic Takes Manhattan), Shopaholic Ties the Knot, Shopaholic & Sister and Shopaholic & Baby. Becky Bloomwood came to the big screen in 2009 with the hit Disney movie Confessions of a Shopaholic.
Sophie Kinsella has also written four standalone novels which have all been number one bestsellers: Can You Keep A Secret?, The Undomestic Goddess, Remember Me? and Twenties Girl.
Sophie wrote her first novel under her real name, Madeleine Wickham, at the tender age of 24, whilst she was working as a financial journalist. The Tennis Party was immediately hailed as a success by critics and the public alike and became a top ten bestseller. She went on to publish six more novels as Madeleine Wickham: A Desirable Residence, Swimming Pool Sunday, The Gatecrasher, The Wedding Girl, Cocktails for Three and Sleeping Arrangements.
She submitted her first ‘Sophie Kinsella’ novel anonymously to her existing publishers and it was snapped up without her editors knowing that she was already one of their authors. It wasn’t until the appropriately titled Can You Keep a Secret? was published that Sophie revealed her true identity for the first time.
Sophie Kinsella was born in London. She studied music at New College, Oxford, but after a year switched to Politics, Philosophy and Economics. She now lives in London, UK, with her husband and family.
source: Sophie’shomepage

First sentences:
Persepctive. I need to get perspective. It’s not an earthquake or a crazy gunman or nuclear meltdown, is it?

Poppy Wyatt has never felt luckier.  She is about to marry the ideal man, Magnus Tavish, but in one afternoon her 'happy ever after' begins to fall apart.  Not only has she lost her engagement ring but in the panic that followed, she has now lost her phone. As she paces shakily round the hotel foyer she spots an abandoned phone in a bin. Finders keepers!  Now she can leave a number for the hotel to contact her when they find her ring. Perfect!
Well, perfect except the phone's owner, businessman Sam Roxton doesn't agree.  He wants his phone back and doesn't appreciate Poppy reading all his messages and wading into his personal life.
What ensues is a hilarious and unpredictable turn of events as Poppy and Sam increasingly upend each other's lives through emails and text messages.  As Poppy juggles wedding preparations, mysterious phone calls and hiding her left hand from Magnus and his parents... she soon realises that she is in for the biggest surprise of her life.
source: Sophie’shomepage

My opinion:
I love reading Sophie Kinsella’s novels and I like her stand-alone novels better than the Shopaholic series. So of course I had to read her new novel “I’ve got your number”.

Poppy Wyatt looses her engagement ring – a family heirloom – during a charity event and just some minutes later her mobile phone – one of the most important things to her – gets stolen. What an awful day! When she finds a phone in the trash she spreads the number around to all people who might find the ring and takes it with her but the owner if the phone Sam Roxton does not agree with this. He wants his phone back. During the next couple of days Poppy and Sam develop a phone relationship and Poppy tries hard not to let her fiancé and his family know that she lost the ring.

I loved this book and tried everything so that I could keep on reading. I read on public transport, during university lectures and while at work. I might have annoyed some people with my constant reading because I didn’t react immediately when they asked me something and I am really sorry but the book was more interesting at that moment than you.

Poppy is a typical Sophie Kinsella character. She is loveable, friendly and I could connect to her right from the beginning. Her story is the main storyline and it is told in a wonderful flow so that it was really hard to stop reading.
Sam is one of Sophie’s best male characters. I wasn’t able to read him at all and I was never sure how he would react to Poppy and the ideas she had.

One thing that makes this book unique are the footnotes that are spread all through the book. Poppy’s fiancé and his family are all academics and the books they published are full of footnotes and references so that is the reason why Poppy uses them in her story.
One of my favourites is this one:
“Although I am rather good at footnotes. They could put me in charge of those.”
Poppy feels intimidated by her fiancés family and thinks about publishing an article in a journal herself.

I would definitely recommend this novel to all Sophie Kinsella fans and all of you who want to read a wonderful and entertaining novel should pick it up too. It is one of the best books I read this year.

For more information visit Sophie’s Homepage and check out her Facebook page.