My Pic of September 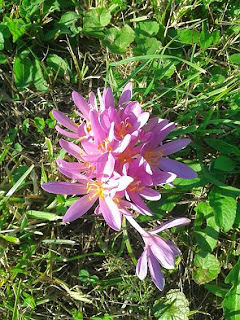 In September meadow saffron could be found everywhere. On our daily walks with Felix we saw whole meadows in purple instead of green. A clear sign that fall has arrived.


September in One Word
Fall
Fall hit Austria in full swing in September: crisp, clear mornings, either beautiful sunny and warmish  or grey and cold days, freezing nights, the leaves slowly turn red, orange and yellow and you feel the need to get out as much as possible to enjoy the warmer days.


We used to be friends by The Dandy Warhols 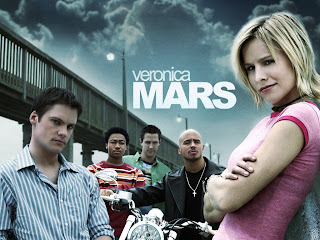 Veronica Mars
I heard great things about this series from a lot of people but Judith from Paper Riot bugged me for many weeks until I finally started watching the first season and I am so glad that she kept on reminding me that I promised her to watch it because I fell in love with it. I spent evenings watching episode after episode only interrupted by fangirly tweets to Judith. After watching season 1 and episode 1 of season 2 I had to take a Veronica Mars break because I started seeing characters from the series in Vienna but I will definitely continue in October. If you have not seen it (which I doubt because I think I was the last person not knowing how awesome Veronica Mars is) watch it! 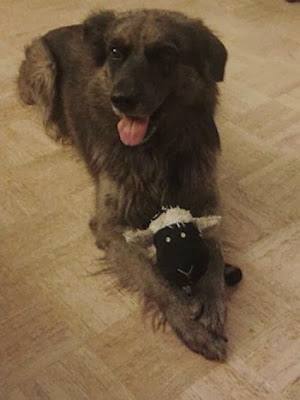 The sheep is called Trixie and was Felix first toy ever. Four years later he still loves it and brings her regularly. Trixie is also one of the toys he knows by name and can look for if you hide her in another room.
Posted by Karin at 12:00 AM