On a grey day in the ancient city of Prague ...


Review
Daughter of Smoke and Bone
by Laini Taylor 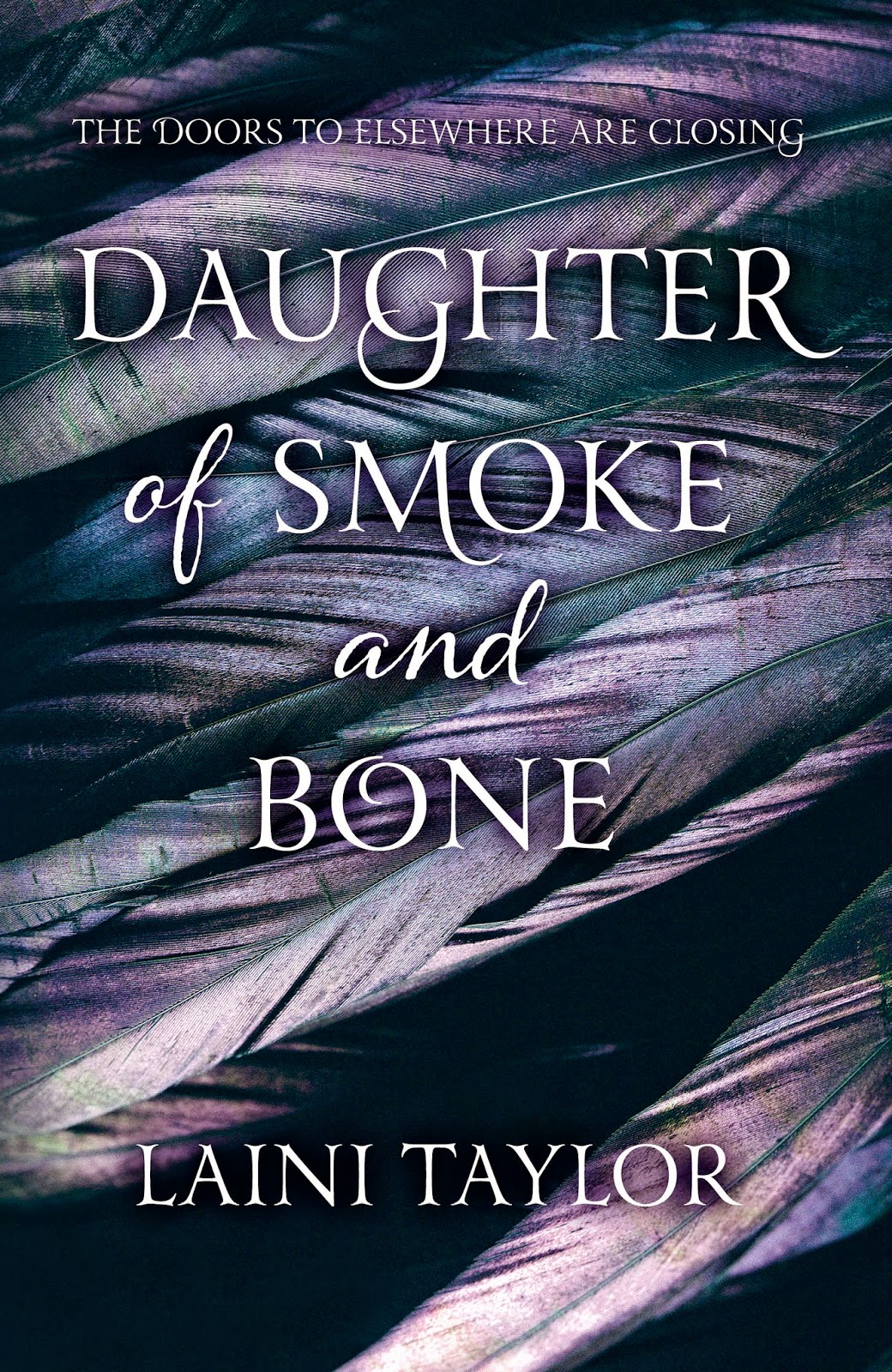 First sentence:
Walking to school over the snow-muffled cobbles, Karou had no sinister premonition about the day.

Summary:
Around the world, black handprints are appearing on doorways, scorched there by winged strangers who have crept through a slit in the sky.

In a dark and dusty shop, a devil’s supply of human teeth grown dangerously low.

And in the tangled lanes of Prague, a young art student is about to be caught up in a brutal otherwordly war.

Meet Karou. She fills her sketchbooks with monsters that may or may not be real, she’s prone to disappearing on mysterious "errands", she speaks many languages - not all of them human - and her bright blue hair actually grows out of her head that color. Who is she? That is the question that haunts her, and she’s about to find out.

When beautiful, haunted Akiva fixes fiery eyes on her in an alley in Marrakesh, the result is blood and starlight, secrets unveiled, and a star-crossed love whose roots drink deep of a violent past. But will Karou live to regret learning the truth about herself?


Since this book came out in 2011 everybody raved about it. I had it on my shelf for quite a while now and I was so glad when we picked it as our book club book for April since I was planning on reading it in April anyway because of my trip to Prague – the city where Karou lives. I thought it would be a great idea to read the book while being there.

I started reading it on the bus journey from Vienna to Prague and was hook from the first sentence. Laini Taylor’s way of writing immediately appealed to me and I fell in love head over heels. I like reading fantasy novels but mixing in a city I like and know well made the book even more interesting. I liked how through Laini’s writing the whole story started playing in my head like a movie.

Karou is also a kick-ass heroine. She lives a weird life in comparison to ours and her shifting between the earth as we know it and Elsewhere adds another dimension to the story (no pun intended). She, who doesn’t know where she really belongs and where she’s originally from, has a family of, let’s call them monsters and loves them unconditionally. They took care of her while she was growing up and became her family even though they kept huge secrets from her – as she later discovers.

The different characters in the book are all special in their own way. Karou as the girl jumping between worlds, Zuzana, Karou’s best friend who is her family in Prague and who stays at her side no matter what, Akiva, who might be Karou’s destiny and all the different monsters living in Brimstone’s shop. I loved them all and would really enjoy seeing how Laini Taylor imagined them and how it differs from the way I think they look like.

All in all I can only recommend you reading Daughter of Smoke and Bone because it not only is a beautifully writing story with a fantastic world and amazing characters but the story also takes some unexpected twists and turns that could lead to you forgetting time and place. Yes, I managed to miss my stop not once but twice and I also arrived almost 45 minutes late for work while reading this book and if that doesn’t convince you that taking a trip into Laini Taylor’s well developed world of Prague and Elsewhere I don’t know what could.

For more information about Laini Taylor visit her Homepage or Twitter page.
Posted by Karin at 10:20 AM