Today is the fourth day of my Blogoversary Week!

Three years ago, on October 16th, 2011, I started this little blog and never ever expected that I would still love blogging three years later as much as do now. The book blogging community is amazing and I treasure every interaction I have with you guys and I am extremely grateful to have found so many really good friends via blogging. There are a handful of bloggers I talk to (almost) daily and adore.
Thank you so much for being such an awesome bunch and thank you to each and every one of my readers for sticking with me for three years now and making me feel like I belong. 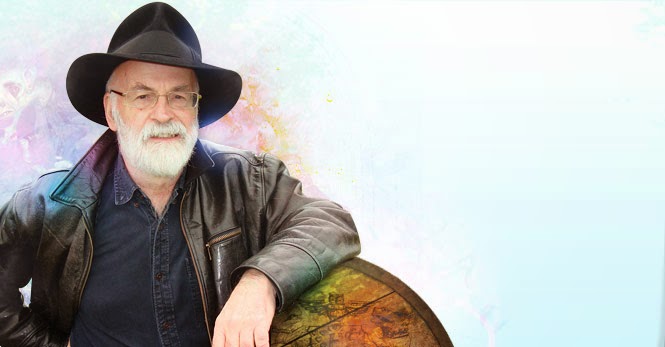 Sir Terry Pratchett
I am a huge fan of Terry Pratchett's Discworld novels and own all 40 of them - some even two times. I also own Discworld maps, a Discworld planner, Nanny Ogg's Cookbook and much more. Terry Pratchett is a really talented writer with so much imagination and I think he's a genius. His books are filled with fabulous stories that are entertaining, incredibly well written and when you put them down and think about them for a while they all have a connection to our world and he often writes about really important themes likes the economy, death, religion, ...
His stories evolved over the years and after a lot of world building in the first two to three books, the stories and the characters moved into focus and from this moment on the books became my absolute favorites.
I will forever be glad that I was introduced to them by a colleague of my dad's and I cannot decide which book is my favorite. Weird Sisters was my first and will therefor always have a special place in my heart but I also adore the Moist van Lipwick series or the book set in Death's Domain.
If you like fanatsy novels with some really quirky and lovely characters, I encourage you to try one of Terry's novels. My recommendations would be to either start with Weird Sisters, Mort or Going Postal. 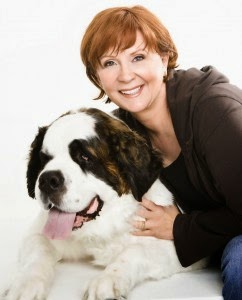 Janet Evanovich
I enjoy reading mystery novels and am drawn to stories with quirky, strong characters who can see their own flaws but fight for what they believe in. Janet Evanovich's Stephanie Plum series is one of my all-time favorites because the storylines are so wonderfully bizarre and the characters are the best. Stephanie, who's longest relationship is with her hamster Rex, the unorganized bounty hunter (who usually leaves her gun in her cookie jar at home) with a tendency to wreck cars by burning them down or because someone installed a bomb in them, is probably my favorite.
I rave about this series on the blog quite a lot and whenever I need a pick-me-up or can't decide which book I want to read next I will pick up the next book in this series.
Janet Evanovich recently started writing a new series with Lee Goldberg called the Fox and O'Hare series about an FBI agent Kate O'Hare who is trying to catch con-man Nick Fox but is forced to work with him to solve some really difficult cases.
Janet's main female characters are strong willed and fight for what they believe in and I admire that. The stories are entertaining and well-thought through and filled to the brim with loveable characters that you want to have in your life.
If you never read any mystery novels and want to start, please pick up One for the Money and enjoy your trip into Stephanie Plum's world and be prepared to laugh out loud. 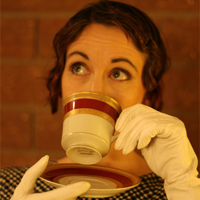 Gail Carriger
Gail Carriger writes steampunk-y, paranormal novels that are the best Steampunk novels I ever read. Her writing style is gripping and unique, her characters are flawed but strong willed and in both her series the main character is a strong willed woman who doesn't take "No" for an answer and does whatever she thinks is the right thing to do. Alexia, from her Parasole Protectorate series, and Sophronia, from the Finishing School series, tend to get into trouble but manage to get themselves out of it too. Keeping in mind that these books are set during Victorian times, this is admirable. I've read quite a lot of Steampunk novels but Gail Carriger's are the best I've come across.
If you want to get a glimpse into Steampunk paranormal novels, give her books a try. Soulless is the first in her adult series while Ettiquette & Espionage is the first book in her Young Adult series.

You can also find reviews for (most) the books mentioned in my List of Reviews.

Email ThisBlogThis!Share to TwitterShare to FacebookShare to Pinterest
Labels: Blogoversary